In 2017 my dogs stopped an attempted break-in at my family home by chasing down the perpetrators through the same gate they had broken into. 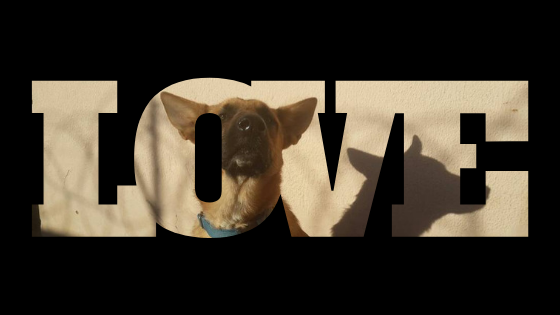 By the time it was safe to go outside our four-legged heroes had gone too far away from home. We searched the night into the day looking for them everywhere.

We are fortunate enough to live in an area with a real community that looks out for each other and after realising they had gone out of the area, we sent a message to the neighbourhood WhatsApp group chat, within a few minutes people in the area where replying back saying they had seen a dog fitting our description here and there. We followed their directions and eventually we found her–one of our beautiful and brave dogs about to make her way onto the highway.

When we saw her scared, panicked and heading straight towards oncoming traffic we immediately got onto the highway blocked traffic and grabbed her as fast as we could into the car.

She was shaking, they have never been on the streets alone at night, let alone on the highway.

I held onto her for life that night and I cried with her and thanked God for protecting her till we got her back home.

Our search and my heartache was not over. We were still looking for one more dog.

No one on the WhatsApp group chat saw the remaining missing dog and then as the sun came out it was clear that he was no longer in the area.

They next morning we called in a family emergency at work (and if you’re not a dog person, leave now. My animals are my family just as your children, parents and siblings are yours).

I woke up and logged onto my personal Facebook account and I immediately uploaded pictures of him with a clear description and a short story about how he went missing. My call to action was clear–please help me find my boy.

I am crazy about dogs, I have been since I was a baby. They get me and I get them and my personal activities on social media have always had something to do with dogs. I follow a lot of dog rescuers, the SPCAs, other dog lovers, cute dog accounts, adorable puppies etc., I am always on the lookout for adoptions, ways to help animals in need and just like love and enjoy content of precious pooches on the internet.

Going on Facebook at the time wasn’t strategic at all, I was desperate, and I wanted help from my dog loving Facebook community.

I didn’t know if it would help, I wasn’t thinking like a marketer, I was just exhausting all options. I printed flyers, I even cut up the t-shirt I wore that day and sprinkled it everywhere in the neighbourhood because a friend told me it could help him find his way home if he smelled a piece of me somewhere (sorry about the littering aspect of this intention, I promise I made them as tiny as possible).

Within a few minutes after my post my phone started vibrating like crazy, my Facebook friends were sharing the post asking their friends if they had seen the missing dog, people were sending me pictures of other dogs that looked very similar to my boy, they sent me messages of encouragement and prayers that we find him soon.

My heart was bursting, how could strangers be so kind and so helpful. How could they do so much in so little time for a girl they have never ever met and a dog they have never seen?

I responded to every single comment, message, like etc. because I was so grateful and because I didn’t want to miss anything that could help me find my dog. The more I responded the more helpful people became.

Yes, there was 1 or 2 trolls (there are ALWAYS trolls), people that don’t have positive things to say. But they were insignificant compared to the amount of positivity that came from that single Facebook post.

Later in the afternoon I got an inbox message on Facebook asking for my contact number, someone knew someone else who thinks they saw my dog less than an hour ago.

I sent my details immediately and waited anxiously for the call.

A man on the phone that lives in another area from mine tells me that 2 people brought a dog that looks like my dog to his house to ask him if that was his dog and if he’d want to buy it if it wasn’t.

I felt relieved and panicked at the same time. I asked him if I could meet him somewhere and if he could show me where the guys that may have my dog can be found.

He so kindly agreed.

When we met, he wasn’t sure where the guys lived but he directed me to someone else who could help, an active community watch member.

It is now well after 7pm, we get to the community watch member’s house. He has no idea we are coming. We knock on the door and ask for his forgiveness before saying anything else. I began telling him why I was there and how I got there, I showed him a picture and then he said, “follow me your dog is here”.

He took my family and I to where 2 men in the area lived, a humble home within walking distance of the community member’s house.

I was very nervous, but the kind soul that escorted us right to the door made me feel like I was in good hands.

The men were outside around a fire (did I mention it was winter) and the community watch member began to talk to them, explaining my story and asking them where the dog is.

I called out his name and just like in the final scene of the movie ‘Lassie’–out comes this big, excited, dirty brown dog that jumps into our arms, tail wagging, lots of kisses. It’s my big goof ball.

I was so relieved, I thanked the gentlemen profusely. The 2 guys told me where and how they found him walking around lost and scared.

I took him home. And till this day he has no idea how an online community of people watched over him and brought me to him.

I am sharing this story with you because Facebook is powerful and when you invest in it, it will pay you back. It’s more than a platform full of people, it is a community sharing similar interests, a conversation between friends, a love for the same thing shared by strangers. A place that thrives off of REAL emotion, REAL stories, REAL people. A place that brings people together, a place that connects brands to customers and a place that reunites a girl and her best friend!

That is the story of how Facebook found my dog.